In this post we will analyze developers salary in Spain and in the United Kingdom, to check the differences between wages in these 2 European countries

Are you a developer in Spain or in the UK or considering to become one? This post analyzes recent data on IT job markets in these countries. It also points the advantages and disadvantages of working in these 2 nations as a software or web developer. 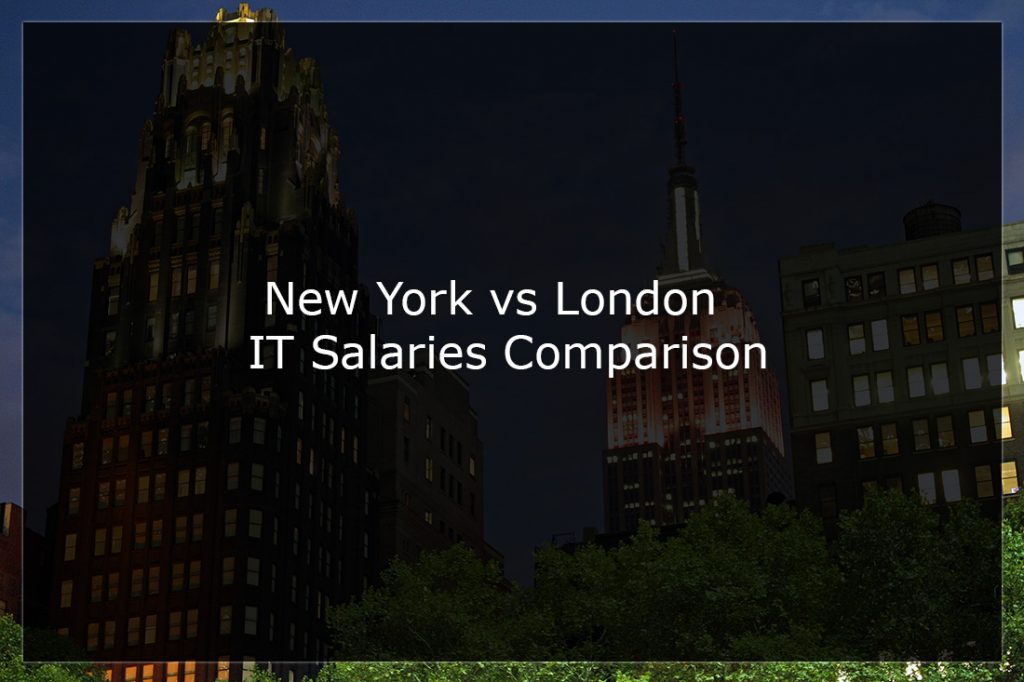 The Spanish and the British job markets have considerably different economic dynamics. These differences are most notably seen in each
of the countries business laws and taxation. For these, and a number of other reasons, the unemployment rate in Spain and the UK have very diverse figures.

It is important to remember that the IT market is one of the fastest growing ones, in both countries. Despite the high overall unemployment in Spain, on the IT job market the employment rate is much lower.

Now, we will analyze the salaries for different types of developers in Spain and in UK. The sources for this analysis are listed at the bottom of the article. 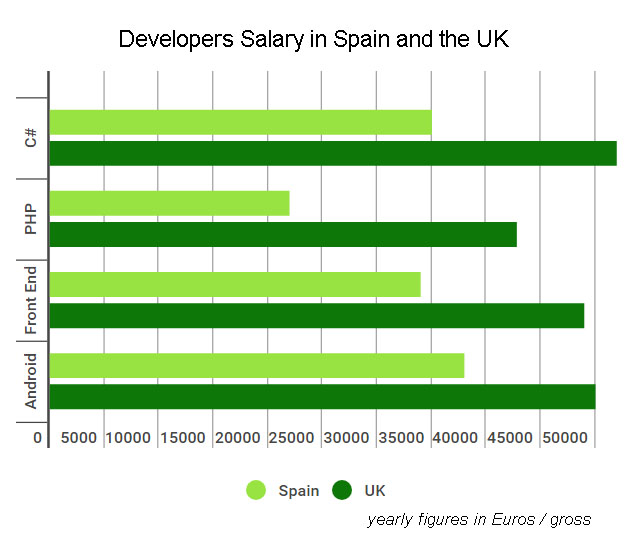 It comes as no surprise that salaries in the UK are considerably higher than those in Spain. Salaries in the Iberian Peninsula are from 20% to 35% lower than UK for most development roles, as we can see above.

It is also important to remember that even within each one of these countries there are quite brutal differences. In both UK and Spain, workers are much more well paid in the capitals (London and Madrid) than elsewhere. In both Spain and the UK the offers are proportionally more numerous in the capitals.

Finally and as expected, the experience of a developer influences heavily his salary in both countries.

However, despite having a higher cost of living, working in the UK or London probably pays off in many situations. Not only the salaries are higher in the UK, but the number of offers is also considerably higher.